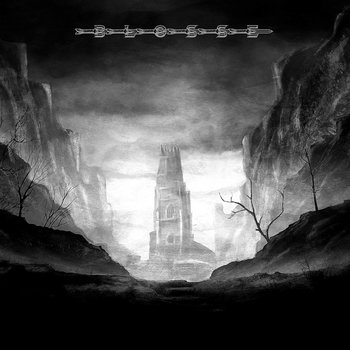 Blosse, hailing from Quebec, began in early 2018 with the release of “Le Dernier Crépuscule”, moving from a primitive form of Lo-Fi Black Metal & involving some Dark Ambient elements too.
As times passed by the hypnotic, visionary and transcendental substance grown as a key part in the band creative process.
Time is suddenly distorted and your body feels heavy.
References may be found on projects like Lunar Aurora, Paysage d’Hiver, Trist and The Ruins of Beverast.
As the artist mentions : “The term “Lovecraftian” being used to describe any kind of metal that’s a little bit cosmic sounding and weird is insanely overused, and often I don’t think it’s accurate. Not all cosmic horror has to come from something 7000 feet tall and so great we cannot comprehend it. In this sense, this is why Blosse’s music sounds more earthly. I didn’t want to fall into the stereotypes.”
The cd edition of “Nocturne” includes “Era Noire” EP as bonus.
The EP shows the more meditative and synth inspired side of Blosse, While into “Nocturne” the space synths/choirs are still there, the abrasive guitars are way more center stage contributing to the Blosse’s comprehensive manifestation.
“Era Noire” is definitely to be considered a more experimental side of the project: a guitar wall of sound and loop, then adding the synths and merge them with distortion to create a deranged sound.
Cover artwork is drawn by Erskine Designs and artwork finalized by Francesco Gemelli (Darkspace, Abigor…).

De Tenebrarum Principio will release “Nocturne” on November 29th, 2019 on a 6 panel digipak shape.
Preorders are taken as usual at Metal Odyssey Eshop, ordering from our eshop means to get free legal mp3 of the album too: