ON TOUR: IN GLORIA SOLIS ATRI

On tour: In Gloria Solis Atri

Differently, All eBay orders will be processed and shipped regularly

We will be present with our stand at every tourdate, see you on the front ! 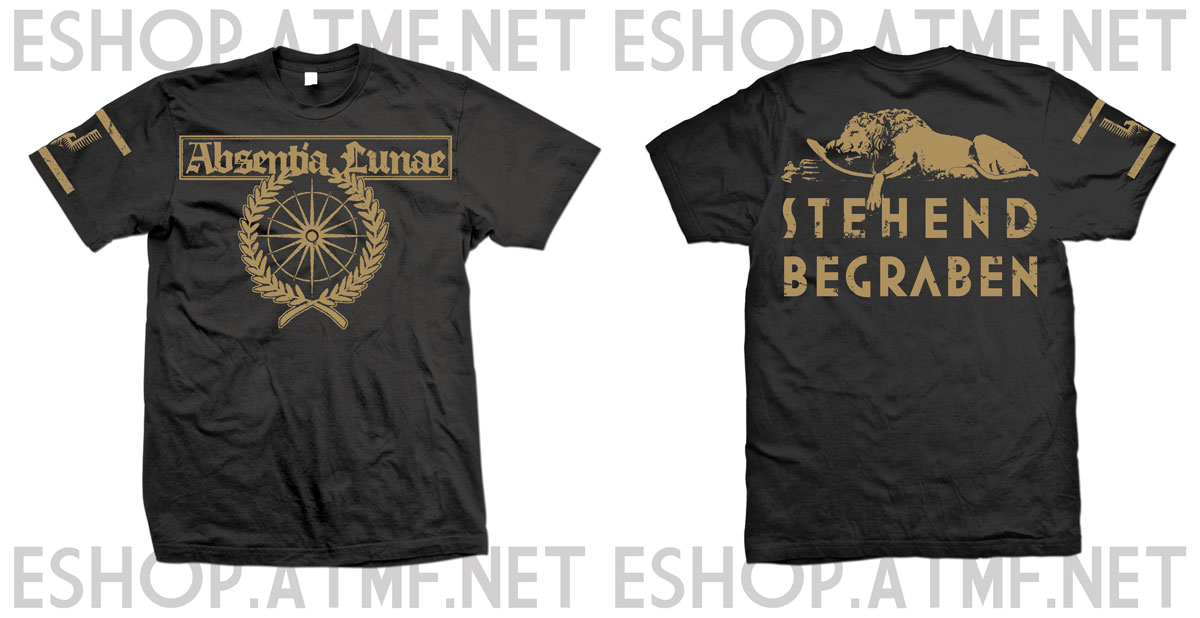 FRONT: Our logo and  a reprise of the Austrian Empire’s double headed eagle on the arm.

BACK: the monument present at the bottom of Fort Hensel, the so called “Austrian Thermopilae”, built at the end of the 19th Century to celebrate the resistance against Napoleon I. Fort Hensel later will be the place of the heroic resistance of the Austrian Empire against the Kingdom of Italy.

STEHEND BEGRABEN: it means “buried standing” and “sepolto in piedi” in English and Italian respectively. The sentence stands for those who may have lost, but are far from being defeated.