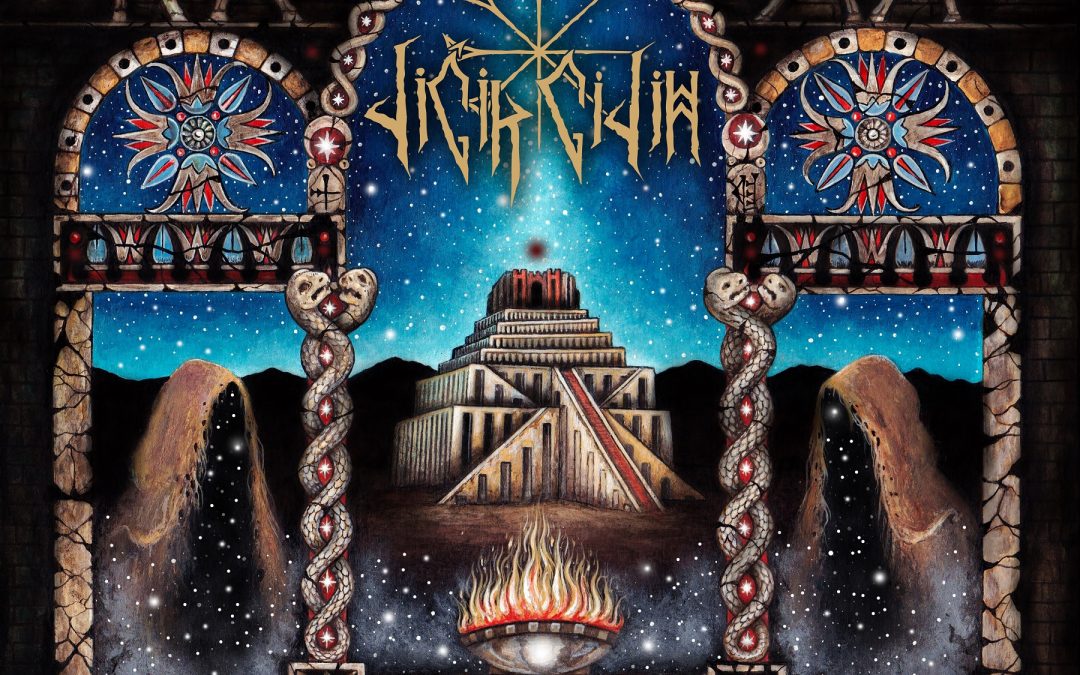 After a debut album that raised the attention of a nowadays crowded underground, the ambitious project from Italy now evokes their occult essence and makes it flow into their highly anticipated comeback.

Moving from the European inspired Black Metal but inoculating on the same their peculiar Indo-Sumerian nostalgia, like an ancient cry in a trembling scenario of shadows, Digir Gidim takes their visual and audial dimension to a more mature and intrinsic merging.

Supported by the usual majestic artwork created by Luciana Nedelea (Mare Cognitum, Fuath, Ghost Bath…), the music flows and takes us to our most insane and struggling times, as primordial energies make the earth tremble.

Words as atmospheric and occult can in some way provide some anchors to the media but cannot fully describe the treasure trove of different feelings and evocative emotions that create this sublime conflict.

Making some comparisons to the debut, Digir Gidim’s threatening, unsystematic and mostly disharmonic ritual absorbs huge waves of sadness and bursting majesty, like perfectly represented on the album cover, opening a wider horizon of emotions and journeys through cold lands of non-existence.

It’s a voyage with no return, where chosen souls reach the Passage to Divination, a path through the silence of oceans and deserts, detaching themselves from humanity,
assuming transparency and the celestial shimmering moving to the ultimate sacrifice, surrendering to the merciless embrace of the Supreme Regulator.