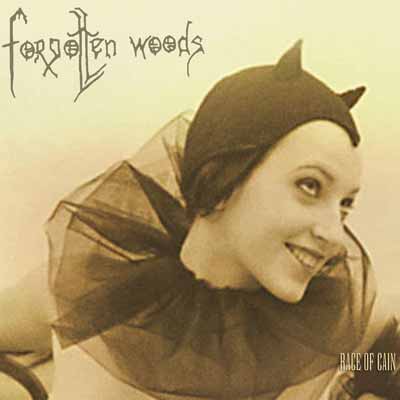 FORGOTTEN WOODS, one of the Black Metal Norwegian legends, are back with the long time awaited new album named “Race of Cain”. Rightfully considered in the underground as a cult act FW have decided to fix another pillar in their carrier. Differently from the today hard to recognize old acts from Norway they’ve not lost an inch of their rawness and obscurity, the “underground appeal”, but in the same time this one is another step forward compared to the already great previous album “The Curse of Mankind”. Olav and Rune, the core of the band, are still the intact force to express vicious feelings, misanthropy to the state of art, like a sharp knife. They have achieved once again to merge a tormented cold feeling with their sad shadings but in a more direct way, being not a copycat but between the fathers of the scene, so without getting direct inspiration by no-one but from their personal and uncompromised attitude. “Race of Cain” is the ideal merging of the magic of the past and the cynic understanding of the late days, where the word elite is not a mere title acquired but a constant renewal of darkness.