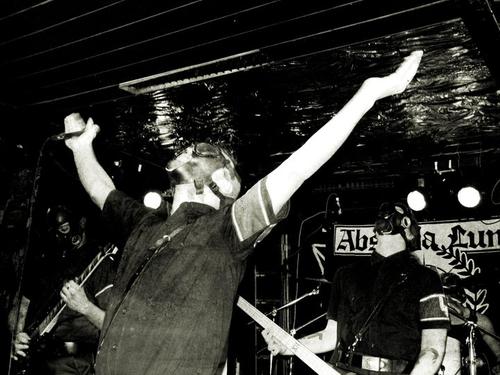 ABSENTIA LUNAE are back on track, VORWARTS will come to light on April-May 2014.
A limited special edition of 500 units will be released as first press on a special format and will include 1 extra track, one of their classic song re-edition on a Martial Shape, for this format only. Regular jewelcase version will follow.

The new album will manifest Absentia Lunae unique sound to an even more powerful and borderless omnipotence delirium of tremendous ratio.
Each step has to be a challenge to be thrown forward.

Hailing to the 11 years of activity a T-Shirt will be soon printed and will be available via ATMF ESHOP exclusively, limited to 100 units, taking a theme from the forthcoming album “Vorwarts” (Forward). Expect the same to be ready after x-mas holidays.