11 AS IN ADVERSARIES, NEAR, YOGSOTHERY

11 As in Adversaries – The Full Intrepid Experience of Light

It’s all in the name: 11 AS IN ADVERSARIES are here to flip the script and destroy the norm. Existing in a stratosphere where rules no longer apply, 11 AS IN ADVERSARIES features the mastermind of extreme-metal rule-breakers Glorior Belli and fittingly combines dark, moody post-punk with the most avant-garde ends of extreme metal. Utterly twisted yet surprisingly melodic, contorting and slithering like a snake, the band’s “The Full Intrepid Experience of Light” seeks its own truth, its own light in the darkness, vast and epic yet brave and unselfconscious. Absorb “The Full Intrepid Experience of Light” and be forever altered.

Near – The Opening of the Primordial Whirl

OUT NOW via DE TENEBRARUM PRINCIPIO

The Cold vision of the rising northlands, the shadow from the past. The Opening of the Primordial Whirl is the new chapter by the Ancient Dolomitic Forests band Near, one of the few bands active today that incarnates the corrupted unholy atmosphere of the early days of the Black Metal recall. Expect nothing but gloomy tones of coldness, a monumental atmosphere created by the echo of nature strength and immortality.

Finally, the time has come for I, Voidhanger Records to inaugurate its series of special thematic releases centered on the osmotic relationship between metal and Literature.

Out NOW, “Chaosmogonic Rituals Of Fear” is the first volume in the YOGSOTHERY trilogy of metal tributes to the genius of H.P. Lovecraft and his literary creations! 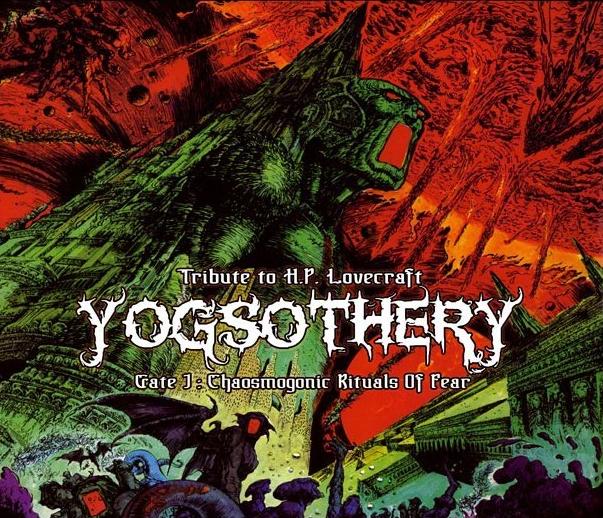 Regarded as one of the most influential horror writers of the 20th century, Lovecraft has developed a cult following for his Cthulhu Mythos, a series of interconnected fiction featuring a pantheon of human-nullifying entities, as well as for the Necronomicon, a fictional grimoire of magical rites and forbidden lore.

120 years after his birth, 4 underground bands passed the Gates of Unknown to distill their Lovecraftian cosmic visions of horror and madness in 4 monumental tracks, exclusive to this release.
Secretly assembled during the years, ”YOGSOTHERY – Gate I: Chaosmogonic Rituals Of Fear” features over 77 minutes of obscure avant-garde prog metal, abysmal dark soundscapes and frightening blackened space-doom courtesy of the Finnish avant-masters AARNI and UMBRA NIHIL, the cosmic-ambient psychonauts JÄÄPORTIT (FIN), and the mysterious space-doom project CAPUT LVIIIm (ITA), a one-time-only monster featuring members of the necro-doomsters Malasangre and the black-ambient visionaries Tronus Abyss.